Comics for All Ages: Relish 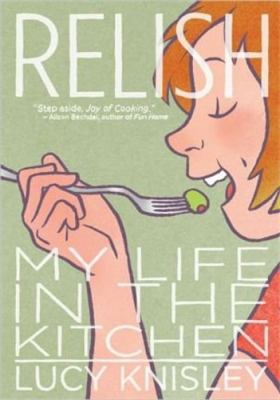 Relish: My Life in the Kitchen is Lucy Knisley’s graphic memoir of food. She begins by talking about how most of her most vivid memories have connections to food and how this memoir will surely illuminate that fact for readers of all ages. Knisley tells her food life by bringing in some of her family’s favorite recipes(combined with pictures, of course) in conjunction with correlating chapters describing how that food played an important role in her life. Knisley uses food as a gateway into describing how she grew up. While the focus may be on food in this book, Knisley also discusses her changing family dynamics, as well as the many different people she met and the places that she visited throughout the course of her life.

Find Relish at your library!