Comics for All Ages: Doonesbury

Check out the links below to find Doonesbury books at your local library! 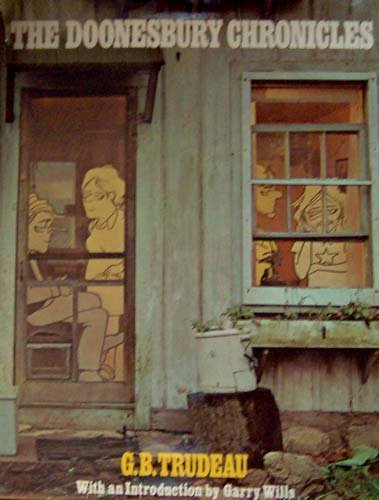 Doonesbury is a strip chronicling a wide group of characters, most notably the title character, Michael Doonesbury who began as a college student and is now a senior citizen, chronicling the strip’s 43 year run. Doonesbury is famous for its political and social commentary, its wry humor, the way it mixes current dramas with irony.

Potential readers/appeal factors: political, liberal viewpoint, readers up-to-date on current events will understand better but it’s easy to delve into without such knowledge