Comics for All Ages: Zippy the Pinhead 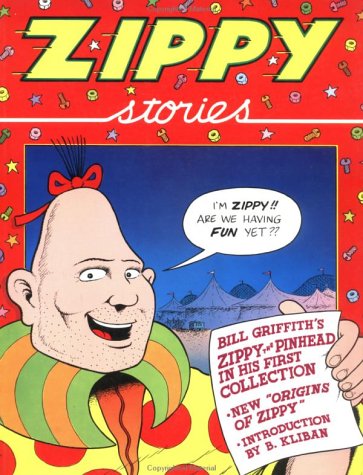 Zippy Stories is a surreal comic with a twisted sort of social commentary strip with a heavy satire focus. This strip is heavy on the childlike personalities of the main characters with speech that may or may not take some decoding to understand. Griffith frequently used this strip as a forum to express his views regarding society, consumerism, and everyday life.

Potential readers/appeal factors: satire about consumerism and its excess, language and art may appeal more to older audiences, very full of satire, can be somewhat obscure so readers have to not be easily offended, readers must like a challenge and be willing to put in effort