Comics for All Ages: Pride & Prejudice 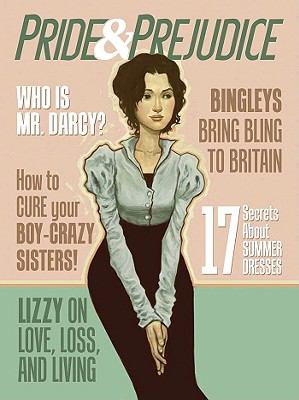 Pride & Prejudice, the Marvel Illustrated Series version, is a collection of five floppies that follow Austen’s original Pride & Prejudice. Butler adapted the novel, and Petrus added the illustrations which fully allow the story of Lizzy Bennett and her family as they work through British social situations

Potential readers/appeal factors: good for readers that had a hard time getting through the novel version of Pride & Prejudice, less text than actual novel but still contains all important information, somewhat modern twist(artwork wise)

Remember those classic books that had somewhat boring covers and yet students are still expected to read them for school? Remember how hard those books may have been to get through? Well never fear. Some publishers have come out with Classics Comics series that turn “classic books” into detailed and illustrated comics that condense down those classics into manageable chunks of information. Classic comics allow readers who maybe were not able to make it through the actual fiction novel to still know the appeal of classic books. These also work as portals for readers who like to read classic novels to see how different writers and illustrators portray their favorites (just like movie adaptations of novels)!

Find this book at your library!