Romance Subgenres : Something for Everyone!: What IS a Romance, Anyway?

Romance: You Know it When You Read it!

Romance subgenres and crossgenres can be as confusing as real-life romance--and that's saying something!

While we'd love to buy multiple copies of every genre for every section where a book could belong, budgets and space constraints won't let us.  So we've attempted to do the impossible and define romance--or at least a basic definition of a romance book!

To belong on the Romance shelves at the Davenport Public Library, the main focus of the book is the relationship between the main characters and the goal is their Happily Ever After relationship--or the reasonable assumption of one.

This is usually straightforward when it comes to a stand-alone story . . . but what about a series?

Romance series like Eloisa James' historical Desperate Duchesses definitely belongs in the Romance section.  Although this series has a story arc that links the seven books together, each individual book features a love story between one main couple.

But the contemporary Calamity Jayne series, by Kathleen Bacus, is different.  The first book could be considered a romance with a mystery, and that's how the publishers first marketed it.  But the main characters' Happily Ever After is more of a vague promise than a reality--and when the second book came out the couple was back at square one.  Jayne might want to get her man in the following books, but there's some question about which man that would be, and the main focus has shifted to the mystery part of the plot.  So you'll find this series in our library's Mystery section!
.

How Do You Find What You Want Where You Want It?

One of the best things about the RiverShare online catalog is the Search Options feature: it helps you pinpoint exactly what you want, exactly where you want it!

Say you're in the mood to read a good romance with a dog in it, and you'll be near our Eastern Avenue branch today.

Go to our online catalog and click on  "Search" and "Keyword".

In the Libraries window, scroll down and select "Davenport Eastern Avenue Branch".

In the Collections window, scroll down and select "Romance".

Click the Set Search Options button on the bottom left.

Type "dogs" in the search window and click Go! 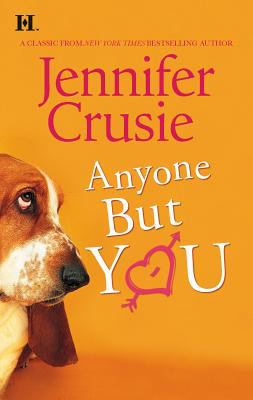